Don't kill me, but there are only 2 genders.

I don't mean to be rude, but I think your confusing gender with biological sex. As sex is part of your DNA, while gender is how you feel and identify (which is different for every person and therefore varies across a wide spectrum).

I hope this has helped you understand, and please don't take this as an attack I'm merely trying to explain some things.

Gender is a social construct. We socially constructed 2 genders. But many people (including myself) don't fit into what we constructed, so we go in and outside of the gender binary.

So kinda yeah, there are 2 genders but many dont feel like those are them so they just go beyond the traditional western genders

Biological sex is not gender.

Biological sex refers to genitals, hormone levels, chromosomes, and reproductive organs. The only one of these that cannot be changed is chromosomes, but chromosomes hardly play a whole in society other than dictating the other factors of biological sex.

Gender refers to "of women, men, girls and boys that are socially constructed. This includes norms, behaviours and roles associated with being a woman, man, girl or boy, as well as relationships with each other. As a social construct, gender varies from society to society and can change over time." (this is from the World Health Organization)

Yes, traditionally, there are 2 genders - but they have been socially constructed by society and not everyone has to abide by social norms.

Furthermore, sex isn't necessarily binary either. Since there are many factor that define biological sex, there are many variations in between. We only assign sex based one one factor - external genitalia. However, as many as 1.7% of the population has ambiguous genitalia, and as much as 4% of the population may be intersex in some way, meaning they have sex characteristics that aren't entirely male or female. This means that an estimated 300 million people may not be completely biologically male or female. (source)

So even if sex and gender were the same thing, there wouldn't necessarily be only 2 genders.

According to Katherine Wu, a 3rd year graduate student at Harvard, "Science tells us that gender is certainly not binary; it may not even be a linear spectrum. Like many other facets of identity, it can operate on a broad range of levels and operate outside of many definitions. And it also appears that gender may not be as static as we assume. At the forefront of this, transgender identity is complex – it’s unlikely we’ll ever be able to attribute it to one neat, contained set of causes, and there is still much to be learned. But we know now that several of those causes are biological. These individuals are not suffering a mental illness, or capriciously 'choosing' a different identity. The transgender identity is multi-dimensional – but it deserves no less recognition or respect than any other facet of humankind." (source)

This here talks about the difference between biological sex and gender identity, as told by a geneticist at Stanford University.

https://www.youtube.com/watch?v=6PwJMib9-Xs&t=127s I definitely agree with @Heremthelost. Just grow up you guys! 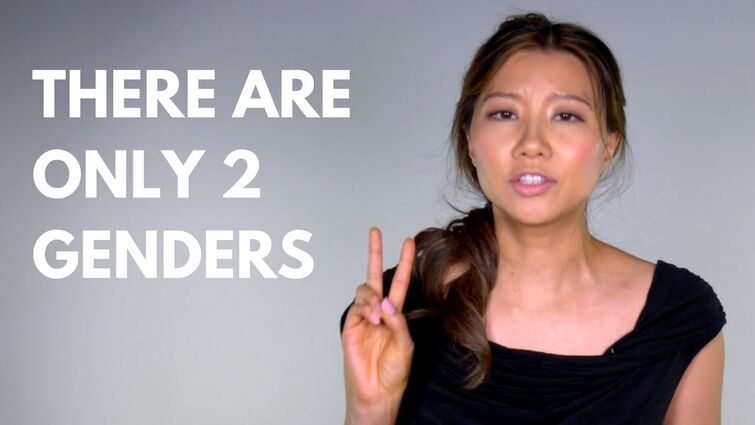 There Are Only Two GendersYouTube

That video is full of misinformation and strawmen.

And there have been many trans people who are also intersex. They just don't have a lot of recognition. That doesn't mean they don't exist.

And we also don't believe that you identify as any gender you want. We can't choose our gender. We just happen to have identities that don't match our assigned sex.

People always bring up that gender dysphoria is a "psychological disorder", but transitioning is what alleviates it! There is literal proof that trans people's mental health improves drastically after transition. It is not the same as anorexia, because anorexia is not treated in that same way. An anorexic person's mental health will not improve if people recognize them as the weight they perceive themselves to be, and it wouldn't improve if they got liposuction. But there is proof that a trans person getting surgery and being perceived as their gender will improve their mental health.

Yes, biological sex is tied to reproduction, but it is not the same as gender. And you don't need to define yourself based on how you make babies.

All of the research that has been done showing the complexity of transgender identity cannot be disproven by a 4 minute video by someone who as far as I can tell, isn't even an expert on the subject.

That video was very misinformed. Even if there were only two genders, binary trans people would still exist.

I'd like to share a few of my experiences as a trans man, as I see double-bi has given most of the scientific points about it. I feel like hearing personal stories from a transgender individual might help you.

I had always felt very out of place in my body and with the way other saw me. I never felt comfortable being labelled as a girl, so when I heard that there are people who transition, I was almost stunned. I had been confused for so long, and then I finally found out that there were other people like me.

At this point I was still young, I was 10 years old, and very uneducated on the topic of transgender people. I didn't know coming out could be dangerous, I didn't even know coming out was a word. All I knew was that I was uncomfortable, and wanted people to listen to me. So when I told people, and they shunned me, I was hurt, and repressed how I felt. Doing this only led me to even more discomfort, because I was dysphoric, but at the time, I didn't know there was a word for that.

I spent the next 3 years denying the fact that I was a man. I knew I wasn't a girl, but I would pass it off as being non-binary because I didn't want to accept the fact that I wasn't anything close to a girl. And finally, I just realized that the only way I felt comfortable was being seen as a guy. I had tried hurting myself multiple times just because I didn't feel comfortable in my own body, and coming out, finally being called he, and looking like a man. Being recognized as a man by others. That was such a breath of relief.

And now, it's almost 5 years after my initial realization that I'm a man, and I'm much happier than I was then. Sure, I still get uncomfortable with my body (I'm pre-everything. No hormones, no surgeries, nothing) because it's feminine, but just being recognized as who I really am feels great.

So real question here... Do we set up sports based on sex, gender, or something else? I have a friend who wanted to wrestle on the highschool wrestling team and the guys didn't want to wrestle her... I think it was mostly because they were scared to hurt her or grab her inappropriately, but who know what they really thought.

@VeghanMeghan It depends on the individual, the sport, etc. it depends on a lot of things.

Samantha Lux made a video about this: https://www.youtube.com/watch?v=3GletkHtBiE 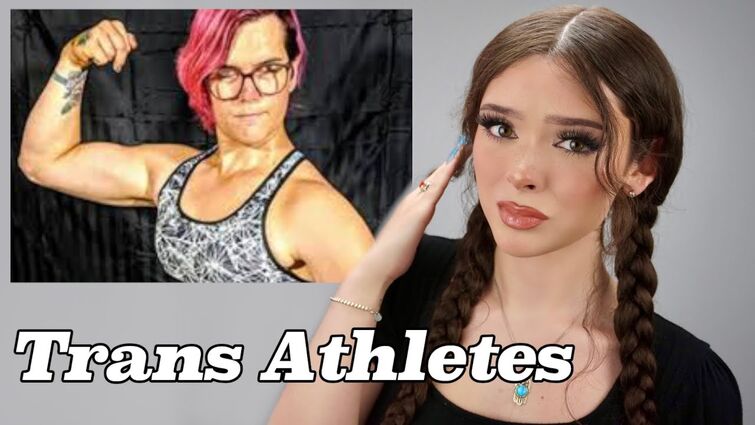 The Truth About Trans AthletesYouTube

Gender and sex are 2 different things. Yes, traditionally gender and sex where crammed together so that means that there is only 2. Gender is pretty much a social construct created to make one more powerful then the other