I like how society shuns stuff and when a single person does it everyone thinks its magically cool. I used to have a plethora of transphobe amigos but now that I started genuinely questioning my gender n stuff a year ago, they all followed. What the hell? 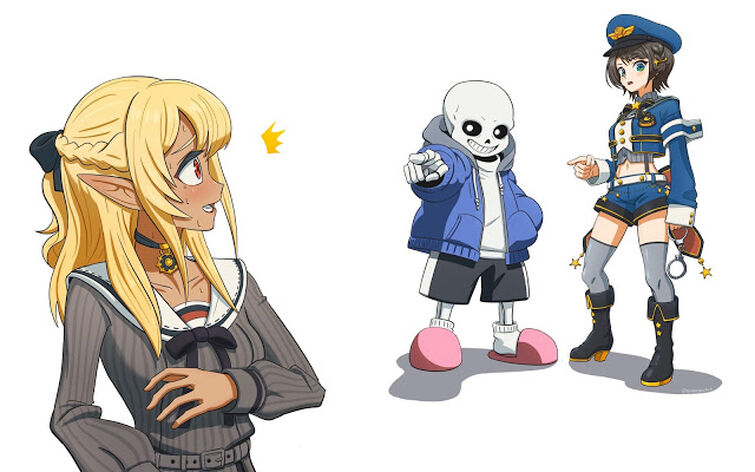 (Sans: "That's her officer! She's the one who killed me 5 times in a single stream" [from left to right: Shiranui Flare, Sans Undertale, and Subaru Oozora])

No replies yet. Be the first!